From the start of the Mexican Revolution to the aftermath of World War II, artists and intellectuals in Mexico were at the center of a great debate about their country’s destiny. The exhibition tells the story of this exhilarating period through a remarkable range of images.

The MEXICAN REVOLUTION (Spanish: Revolución mexicana) was a major armed strugglec. 1910–1920 that radically transformed Mexican culture and government. Although recent research has focused on local and regional aspects of the Revolution, it was a “genuinely national revolution.”The origins of the conflict were broadly based in opposition to the Díaz regime, with the 1910 election, becoming the sparking point for the outbreak of a political rebellion. Elements of the Mexican elite hostile to the 35-year long regime of PorfirioDíaz, led by opposition candidate, Francisco I. Madero, a wealthy landowner and expanded to the middle class, the peasantry in some regions, and organized labor.

The armed conflict lasted for the better part of a decade, until around 1920, and had several distinct phases.[6] Over time the Revolution changed from a revolt against the established order under Díaz to a multi-sided civil war in particular regions with frequently shifting power struggles among factions in the Mexican Revolution.

MEXICAN MURALISM
Mexico has had a tradition of painting murals, starting with the Olmec civilization in the pre Hispanic period and into the colonial period, with murals mostly painted to evangelize and reinforce Christian doctrine.[1] The modern tradition has its roots in the 19th century, with this use of political and social themes. The first Mexican mural painter to use philosophical themes in his work was Juan Cordero in the mid 19th century. Although he did mostly work with religious themes such as the cupola of the Santa Teresa Church and other churches, he painted a secular mural at the request of Gabino Barreda at the Escuela Nacional Preparatoria (since disappeared).[2] 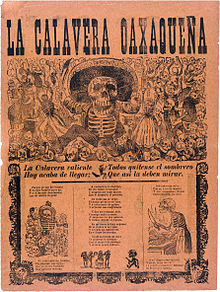 The latter 19th century was dominated politically by the Porfirio Díaz regime. This government was the first to push for the cultural development of the country, supporting the Academy of San Carlos and sending promising artists abroad to study. However, this effort left out indigenous culture and people, with the aim of making Mexico like Europe.[1] Gerardo Murillo, also known as Dr. Atl, is considered to be the first modern Mexican muralists with the idea that Mexican art should reflect Mexican life.[3] Academy training and the government had only promoted imitations of European art. Atl and other early muralists pressured the Diaz government to allow them to paint on building walls to escape this formalism.[4] Atl also organized an independent exhibition of native Mexican artists promoting many indigenous and national themes along with color schemes that would later appear in mural painting.[5] The first modern Mexican mural, painted by Atl, was a series of female nudes using “Atlcolor” a substance Atl invented himself, very shortly before the beginning of the Mexican Revolution .[6] Another influence on the young artists of the late Porfirian period was the graphic work of José Guadalupe Posada, who mocked European styles and created cartoons with social and political criticism.[5]

The Mexican Revolution itself was the culmination of political and social opposition to Porfirio Díaz policies. One important oppositional group was a small intellectual community that included Antonio Curo, Alfonso Reyes andJosé Vasconcelos. They promoted a populist philosophy that coincided with the social and political criticism of Atl and Posada and influenced the next generation of painters such as Diego Rivera, José Clemente Orozco andDavid Alfaro Siqueiros.[7]

These ideas gained power as a result of the Mexican Revolution, which overthrew the Díaz regime in less than a year.[7] However, there was nearly a decade of fighting among the various factions vying for power. Governments changed frequently with a number of assassinations, including that of Francisco I. Madero who initiated the struggle. It ended in the early 1920s with one-party rule in the hands of the Álvaro Obregón faction, which became the Partido Revolucionario Institucional (PRI).[1] During the Revolution, Atl supported the Carranza faction and promoted the work of Rivera, Orozco and Siqueiros, who would later be the founders of the muralism movement. Through the war and until 1921, Atl continued to paint murals among other activities including teaching the Mexico’s next generation of artists and muralists.[6]

Mexican muralism was the promotion of mural painting starting in the 1920s, generally with social and political messages as part of efforts to reunify the country under the post Mexican Revolution government. It was headed by “the big three” painters, Diego Rivera, José Clemente Orozco and David Alfaro Siqueiros. From the 1920s to about 1970s a large number of murals with nationalistic, social and political messages were created on public buildings, starting a tradition which continues to this day in Mexico and has had impact in other parts of the Americas, including the United States where it served as inspiration for the Chicano art movement.