David Zwirner is pleased to present an exhibition of paintings and drawings by Alice Neel curated by Hilton Als. On view at the gallery’s 525 and 533 West 19th Street spaces, the selection includes works that the artist made during her five decades of living and working in upper Manhattan, first in Spanish (East) Harlem, where she moved in 1938, and, later, the Upper West Side just south of Harlem, where she lived from 1962 until her death in 1984.

Known for her portraits of family, friends, writers, poets, artists, students, singers, salesmen, activists, neighbors, and more, Neel (1900-1984) created forthright, intimate, and, at times, humorous paintings that have both overtly and quietly engaged with political and social issues. In this exhibition, Als brings together a selection of Neel’s portraits of African Americans, Latinos, Asians, and other people of color. Highlighting the innate diversity of Neel’s approach to portraiture, the selection looks at those often left out of the art historical canon and how the artist captured them; as Als writes, “what fascinated her was the breadth of humanity that she encountered.”

Alice Neel, Uptown explores Neel’s interest in the extraordinary diversity of twentieth century New York City and the people amongst whom she lived. The selected portraits include cultural and political figures admired by Neel, among them playwright, actor, and author Alice Childress; the sociologist Horace R. Cayton, Jr., whose 1945Black Metropolis: A Study of Negro Life in a Northern City is among the key academic studies of the African American urban experience in the early twentieth century; the community activist and cultural advocate Mercedes Arroyo; and the academic Harold Cruse, known for known for his widely-published academic book The Crisis of the Negro Intellectual (1967) and for teaching at LeRoi Jones’s Black Arts Repertory Theatre/School in Harlem. Other figures include neighbors and acquaintances, such as a ballet dancer; a young art student; a taxi driver; a traveling businessman; a local boy (Georgie Arce) who ran errands for Neel and who sat for her on several occasions; and other children and their families.

Following the presentation at David Zwirner, the exhibition will travel to Victoria Miro, London, where it will be on view from May 18 – July 29, 2017. David Zwirner Books and Victoria Miro are jointly publishing an accompanying catalogue, which will include essays by Hilton Als on individual portraits and their sitters, in addition to new scholarship by Jeremy Lewison.

From the start Alice Neel’s artistry made life different for me, or not so much different as more enlightened. I grew up in Brooklyn, East New York, and Crown Heights during the 1970s when Neel, after years of obscurity, was finally getting her due. I recall first seeing her work in a book, and what shocked me more than her outrageous and accurate sense of color and form—did we really look like that? We did!—was the realization that her subject was my humanity. There was a quality I shared with her subjects, all of whom were seen through the lens of Neel’s interest, and compassion. What did it matter that I grew up in a world that was different than that which Linda Nochlin, and Andy Warhol, and Jackie Curtis, inhabited? We were all as strong and fragile and present as life allowed. And Neel saw.

In the years since her death, viewers young and old have experienced the kind of thrill I feel, still, whenever I look at Neel’s work, which, like all great art, reveals itself all at once while remaining mysterious. In recent years, I have been particularly intrigued by Neel’s portraits of artists, writers, everyday people, thinkers, and upstarts of color. When she moved to East Harlem during the 1930s Depression, Neel was one of the few whites living uptown. She was attracted to a world of difference and painted that. Still, her work was not marred by ideological concerns; what fascinated her was the breadth of humanity that she encountered in her studio, on canvas.

But by painting Latinos, blacks, and Asians, Neel was breaking away from the canon of Western art. She was not, in short, limiting her view to people who looked like herself. Rather, she was opening portraiture up to include those persons who were not generally seen in its history.Alice Neel, Uptown, the first comprehensive look at Neel’s portraits of people of color, is an attempt to honor not only what Neel saw, but the generosity behind her seeing. -Hilton Als

Alice Neel was born in 1900 in Merion Square, Pennsylvania and died in 1984 in New York. Although she exhibited sporadically early in her career, her work has been shown widely from the 1960s onwards. In 1971, a comprehensive solo exhibition of Neel’s paintings was held at her alma mater Moore College of Art and Design, Philadelphia, and in 1974, she had her first retrospective at the Whitney Museum of American Art, New York. It was followed by a large-scale presentation of eighty-three paintings in 1975 at the Georgia Museum of Art, The University of Georgia, Athens. In 1978, the Graham Gallery, New York organized the first retrospective dedicated to the artist’s works on paper and in 1979, a survey of her paintings was co-hosted by the University of Bridgeport and The Silvermine Guild of Artists in Connecticut. To celebrate the centenary of the artist’s birth, the Philadelphia Museum of Art organized a solo exhibition of Neel’s work, which debuted in 2000 at the Whitney Museum of American Art before traveling to the Walker Art Center, Minneapolis, Minnesota, amongst other venues. In 2010, Painted Truths, which thematically surveyed over sixty paintings spanning fifty-five years, was organized by the Museum of Fine Arts, Houston in Texas and traveled to the Whitechapel Gallery, London and Moderna Museet Malmö, Sweden. In 2016, the Ateneum Art Museum, Helsinki organized Painter of Modern Life, a major museum survey of the artist’s work featuring approximately seventy paintings. It traveled to the Gemeentemuseum, The Hague and will open in March 2017 at the Fondation Vincent Van Gogh in Arles, France before concluding at the Deichtorhallen Hamburg. The Estate of Alice Neel has been represented by David Zwirner since 2008; this is her fourth solo exhibition with the gallery. Her work is included in numerous museum collections internationally. 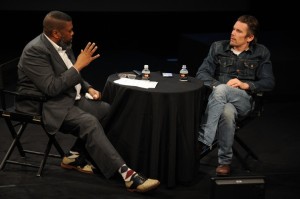 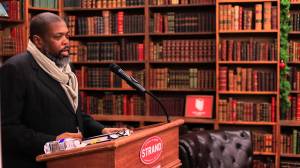 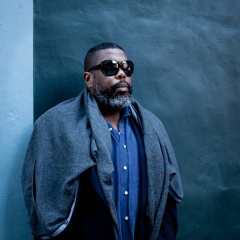 Hilton Als became a staff writer at The New Yorker in 1996, a theater critic in 2002, and chief theater critic in 2013. He began contributing to the magazine in 1989, writing pieces for The Talk of the Town. Before coming to The New Yorker, Als was a staff writer for the Village Voice and an editor-at-large at Vibe. He has also written articles for The Nation, The Believer, The New York Review of Books, and 4Columns, among other publications, and has collaborated on film scripts for Swoon and Looking for Langston.

His first book, The Women, a meditation on gender, race, and personal identity, was published in 1996 (Farrar Straus & Giroux). His most recent book, White Girls (McSweeney’s), discusses various narratives around race and gender and was nominated for a 2013 National Book Critics Circle Award in Criticism.

In 1997, the New York Association of Black Journalists awarded Als first prize in both Magazine Critique/Review and Magazine Arts and Entertainment. He was awarded a Guggenheim for Creative Writing in 2000 and the George Jean Nathan Award for Dramatic Criticism for 2002-03. In 2009, Als worked with the performer Justin Bond on “Cold Water,” an exhibition of paintings, drawings, and videos by performers, at La MaMa Gallery. In 2010, he co-curated “Self-Consciousness” at the Veneklasen Werner Gallery in Berlin, and published Justin Bond/Jackie Curtis (After Dark Publishing, 2010), his second book. In 2015, Als co-curated, with Anthony Elms, at the ICA Philadelphia, a retrospective of Christopher Knowles’ work. He is also the co-author of Robert Gober’s 2014-15 Museum of Modern Art retrospective catalogue, The Heart is Not a Metaphor. In 2016, he was awarded a Windham-Campbell Prize for Non-fiction. The same year, he produced a six-month survey of art and text at The Artist’s Institute, New York, and organized Desdemona for Celia by Hilton, an exhibition of work by Celia Paul, at the Metropolitan Opera’s Gallery Met, in New York (an accompanying catalogue was published by Victoria Miro). His work was recently included in the group exhibition Looking Back: The Eleventh White Columns Annual in New York (on view January 14 to March 4, 2017).

Als is an associate professor at Columbia University School of the Arts and has taught at Wesleyan, Wellesley, Smith, and the Yale School of Drama. He lives in New York City.