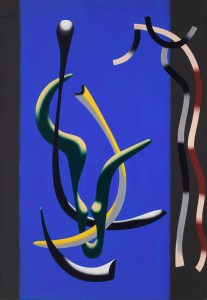 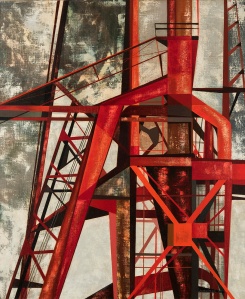 Open to the public February 28 – March 4, 2018, The Art Show 2018 marks an unprecedented three decades of partnership between three major cultural organizations, the ADAA, the venerable community nonprofit Henry Street Settlement and New York City’s foremost cross-disciplinary cultural institution, the Park Avenue Armory. Since the fair’s inception, The Art Show has raised nearly $30 million for Henry Street Settlement through fair admission and proceeds from the annual Gala Preview, which kicks off this year’s fair on February 27. AXA Art Americas Corporation, the world’s premier insurance specialist for art and collections, continues its decade-long support of the ADAA and serves for the seventh year as Lead Partner of The Art Show. 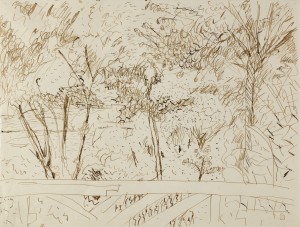 For the 2018 edition, more than half of the 72 exhibiting members will offer thoughtful solo exhibitions highlighting artists throughout history and from around the world, several of which will present new works, including Cheim & Read (New York) with the premiere of a new suite of large-scale sculptures by Lynda Benglis, Lehmann Maupin (New York) unveiling new photographs by Catherine Opie, and Tanya Bonakdar Gallery featuring new works on paper, sculpture and hanging installations by Tomás Saraceno.

Many of the fair’s solo exhibitions will offer insights on established and influential artists from the 19th century through the present day, such as Mildred Thompson, whose abstract paintings and works on paper will be presented by Galerie Lelong & Co. (New York), and Dotty Attie whose multi-panel compositions will be exhibited by P.P.O.W (New York). As one of his first public showings in the United States, Italian artist Antonio Calderara’s works will be presented by Anthony Meier Fine Arts (San Francisco), and never-before-seen watercolors by Milton Avery will be exhibited by Yares Art (New York & Santa Fe), alongside major paintings. Jill Newhouse Gallery (New York) will also take a renewed look at the influential post-Impressionist Pierre Bonnard, through his drawings, watercolors, and paintings.

With its distinctly intimate atmosphere, The Art Show also provides a platform for member galleries to mount thematic and group exhibitions exploring a range of artistic practice. Presentations include a display of photographs exploring the visual and psychological intrigue of doubles, pairs and diptychs, presented by Pace/MacGill Gallery (New York); and Jeffrey H. Loria & Co., Inc. (New York) will examine artists’ representations of the face and its expressions throughout the history of art. Tracing the history of American art on paper, Menconi + Schoelkopf Fine Art, LLC (New York) will showcase a number of masterworks in the medium; and David Zwirner will celebrate the gallery’s 25th anniversary with a selection of works by each of the artists it represents. 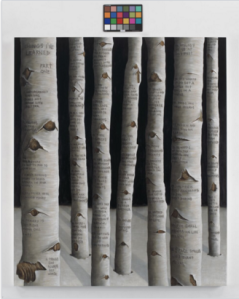 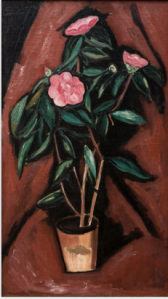 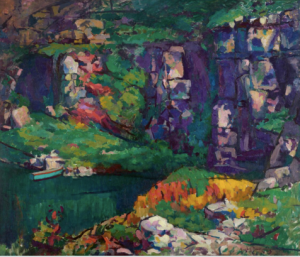 The Art Dealers Association of America (ADAA) is a non-profit membership organization of the nation’s leading galleries in the fine arts. Founded in 1962, ADAA seeks to promote the highest standards of connoisseurship, scholarship and ethical practice within the profession. ADAA members deal primarily in paintings, sculpture, prints, drawings and photographs from the Renaissance to the present day. Each ADAA member is an experienced and knowledgeable dealer in their field. ADAA has 175 member galleries in more than 25 U.S. cities.

The Art Show Gala Preview Tuesday, February 27, 5:00 p.m. to 9:30 p.m. The Park Avenue Armory Tickets required The Art Show kicks off with the annual Gala Preview to benefit Henry Street Settlement – bringing together the international art world and New York City philanthropists in support of the vital services Henry Street Settlement provides to New Yorkers each year. Individual tickets range from $175 to $2,000, and are available to purchase.

Performance by Wang Dongling Wednesday, February 28, 5:30 p.m. The Colonel’s Room at The Park Avenue Armory Free entry with fair admission Wang Dongling, one of China’s most highly regarded ink artists, will create new painted calligraphy works as part of a public performance in association with Chambers Fine Art, which will present other examples of his work in their booth at The Art Show.

Keynote Event: “The Value of ‘Dead’ Art: Afterlives of Damaged Works” Thursday, March 1, 6:00 p.m. The Board of Officers Room at The Park Avenue Armory Free entry with fair admission

Using illustrated case studies that the company has worked on, President and CEO of specialty art insurer AXA Art Americas Corporation Christiane Fischer will shed light on the unexpected afterlives of works initially deemed a “total loss”. The keynote is an annual highlight of The Art Show and one of many public programs presented by the ADAA throughout the year.

The full list of ADAA member presentations at the 2018 edition of The Art Show includes:

Danese/Corey a selection of related works on paper Three-artist presentation of 1970s photography by Hans Breder,

Danziger Gallery Susan Meiselas, and Andy Warhol that focuses on the body Two-person exhibition highlighting the dynamic field of kinetic

A celebration of The Forum Exhibition of Modern American Painters held Debra Force Fine Art, Inc. in New York in 1916

A distinct group of paintings by Mel Bochner made in the 1970s Peter Freeman, Inc. and 1980s

and Magic Realists, on the occasion of the 75th anniversary of its Hirschl & Adler Galleries opening at the Museum of Modern Art in February 1943

Drawings on paper and canvas from the 1960s to 2000s, by William Hosfelt Gallery T. Wiley

Range of works and installations by Daniel Buren, Tara Donovan,

Exhibition examining the practice of drawing through sculpture,

Paintings and works on paper by Carol Rama

Calderara from the 1930s–1970s, one of the artist’s first public Anthony Meier Fine Arts showings in the United States

Partial survey of American art on paper in an exhibition showcasing Art, LLC masterworks in the medium

the blend of a figurative aesthetic with an abstract use of color, light Jill Newhouse Gallery and form

Prints by 20th-century masters Henri Matisse, Joan Miro and Pablo Picasso; minimalist and geometric abstract prints by Donald Judd, Sol LeWitt, and Nick Mangold, among others; as well as African

Postwar prints and works on paper by Ellsworth Kelly, Brice

David Zwirner About the ADAA