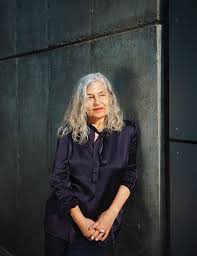 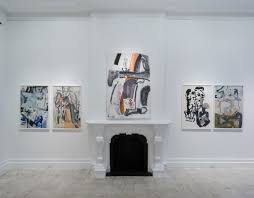 The splendor of Sillman’s new show at the Gladstone gallery lies in its restlessness. Working primarily in oil and acrylic on paper, canvas, and linen, the painter’s fecund imagination finds its expression, first, in a number of abstract images made up of bold dark lines that suggest Sillman’s interest in collage, less in terms of juxtaposing one texture next to another than in drawing, with paint, one image on top of another, the better to give fuller credence to both. These various collisions are very exciting, and come to rest in her paintings of flowers, which convey some of the lush despair and loneliness of van Gogh’s sunflowers and irises but are mostly about the spontaneity that is Sillman’s stock-in-trade: the flowers are the visual manifestation of her blooming mind. One could say, if pressed, that the overriding aspect of the show is the artist’s passionate relationship to the joy and the sadness inherent in time: flowers bloom and die, just as ideas take fruit and have to end, making room for other beautiful ideas and gestures.

Amy Sillman was born in 1955 in Detroit, Michigan, and currently lives and works in New York. Sillman’s work has been the subject of numerous solo exhibitions at institutions including: Arts Club of Chicago, Illinois; Camden Arts Centre, London; Albright Knox Art Gallery, Buffalo, New York; Drawing Center, New York; Portikus, Frankfurt am Main, Germany; Kunsthaus Bregenz, Austria; and the Hirshhorn Museum and Sculpture Garden, Washington, D.C. Beginning at the Institute of Contemporary Art, Boston in 2014, Sillman’s solo exhibition, “one lump or two,” traveled to the Aspen Art Museum in Colorado and the Center for Curatorial Studies at Bard College, New York. Her works are held in the public collections of prominent institutions such as the Art Institute of Chicago; Brooklyn Museum, New York; Metropolitan Museum of Art, New York; Museum of Modern Art, New York; National Gallery of Art, Washington D.C.; and the Whitney Museum of American Art, New York. For the Museum of Modern Art’s reopening in fall 2019, Sillman curated the exhibition, “Artist’s Choice: Amy Sillman—The Shape of Shape,” on view through October 4, 2020. 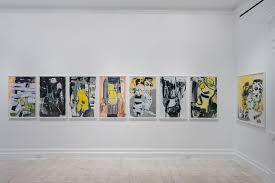 Sillman’s newest book, “Amy Sillman: Faux Pas,” was released in Paris this summer and will be released in the United States by DAP, available on their website as well as through Gladstone’s publications page. Published by After 8 Books and edited by Charlotte Houette, François Lancien-Guilberteau, and Benjamin Thorel, with a foreword by Lynne Tillman. 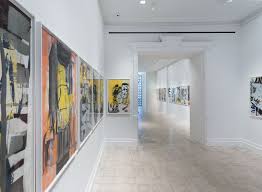 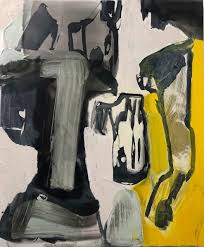