The Mayhem Poet’s unique approach to spoken word has landed them feature spots on The Today Show and Eyewitness News, after winning 1st place and a grant for 100K in the Microsoft Idea Wins Challenge in 2006. Since then they’ve been touring internationally from legendary venues like Lincoln Center, the Apollo Theatre, and Broadway’s New Victory Theatre; to hundreds of universities, locals schools of all grades, as well as group homes and correctional facilities. 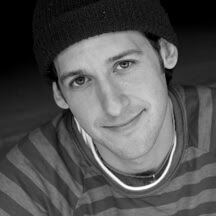 A graduate of Rutgers University with a double degree in Acting and Journalism, Scottt Raven co-founded The Mayhem Poets. His performance work has been featured by Fiat, Purina, CNN, and The Today Show.  His written work has appeared in the New York Times and New York Post.  He is the author of Sconnettts, a collection of poems based on his past romantic relationships, his family, and his athletic background; The Polygons, Surrealist Poems: Volume 1; and the upcoming “6 Piece Chicken (performable poems and stories from on tour).”  He’s also an actor in commercials, plays and films and proud new member of the Screen Actor’s Guild (SAG). Scottt grew up in Edison, NJ, and currently lives in Harlem, NYC, where he runs and puns with his imaginary man’s best friend, Spott. TW/IG:  @scotttraven #sconnettts

Originally from Philly, raised in Willingboro, and currently living in Queens NYC, Mason Granger has been a full-time member of the performance poetry trio The Mayhem Poets since 2005.  With a style that’s equal parts smart & smile, Mason gets his points across in a way that leaves audiences hopefully a little more knowledgeable and feeling a little better than when they arrived.  Mason is also the creator of SlamFind, the world’s first mobile app dedicated to performance poetry that allows poetry fans to discover & connect with live poetry venues and individual poets all over North America.  SlamFind poetry videos have been featured by The Huffington Post, Upworthy, Buzzfeed, Cosmo and many more.  Mason himself has been featured in magazines such as Vibe, Complex, Fader and Rolling Stone as a spokesperson for New Era CapsTW/IG: @masongranger   @SlamFind

Mikumari Caiyhe is an established actor, emcee, spoken word poet, and arts educator. A native of Washington, DC, Mikumari graduated from the distinguished Duke Ellington School for the Arts, with a focus in Theatre. He completed his formal education at Mason Gross School of the Arts at Rutgers University, as an acting major. As an artist, Mikumari has toured internationally. Some credits include being cast as the leaed actor in the musical “Revelations,” while in London, England, playing the role of God/MC. In the same year, being one of the first emcees/rappers to ever do a Hip Hop concert at Shakespeare’s Globe.  Most recently, as a member of NYC’s Nuyorican Poets Cafe 2013 Competitive poetry team. As an educator and arts advocate, Mikumari is independently contracted by The New Jersey Performing Arts Center (NJPAC), Boys and Girls Club of America, and the YMCA to facilitate art residencies and workshops teaching literary arts, acting, and ballroom dance.  Finally, it is Mikumari’s ambition to use art to liberate individuals from fear, emancipate and empower the light within and…illuminate forever.  “TW/IG: @Mikumari_Caiyhe